This piece revolves around Trapezia Stroppia – La Trape, a drag queen from Milan’s Toilet Club who is a performer, an artist, a “girl from Porta Venezia” and the other manifestation of Aurelio, a graduate in Arts Communication and Didactics at the Brera Academy of Fine Arts.
During the pandemic, from the first lockdown onwards, La Trape started creating a series of videos and live streams on her/their Instagram profile, performing from her/ heir home, inside her/their room, mixing elements of stand-up comedy and intimate drag performances.
Redefining not only the places where her/their work manifests itself (from the club to her/their home), but also the roles and relations at play in a post-media economy, Trapezia moves between antithetical tensions, poised between outward-facing expressive and performative impulses and the need to protect – and reclaim – her/their vulnerability.
In a rhythmic up and down that alternates hints of performances and intimate reflections, the video focuses on the infinite range of contradictions blurring the boundaries of the individual as a concept, a notion that is continuously renegotiated and deconstructed. The crumbling of definitions and the much-needed reconfiguration of the performative dimension in its essential relationship with the public domain shatter binary thinking, and problematise even more explicitly categories and cultural opposites such as reality/fiction, identity/otherness, nature/artifice, masculine/feminine.
The work is the result of a series of immersive shots taken in the protagonist’s room, deep moments of dialogue, exchange, identification between the artist and Aurelio / La Trape: “On the first day we closed the shutters at 11 in the morning, switched on the red studio lights and started recording until 8pm. A dystopian day, during which the process of erasing the self (which self?) and getting into drag was an hours-long journey; and then, we sat on the sofa, improvising monologues about living someone else’s life, some Other who perhaps does not exist, or who may be just a part of ourselves. ”
Trapezia, from its inception, is a fluid and melancholy journey into the unresolved, an immersion in the mutability – of borders, categorie genders and identities – from which the work itself takes strength; it is a legitimation of the threshold, of that interstitial and transient space which is nevertheless a pulsating body, alive with contradictions, second thoughts, desires. 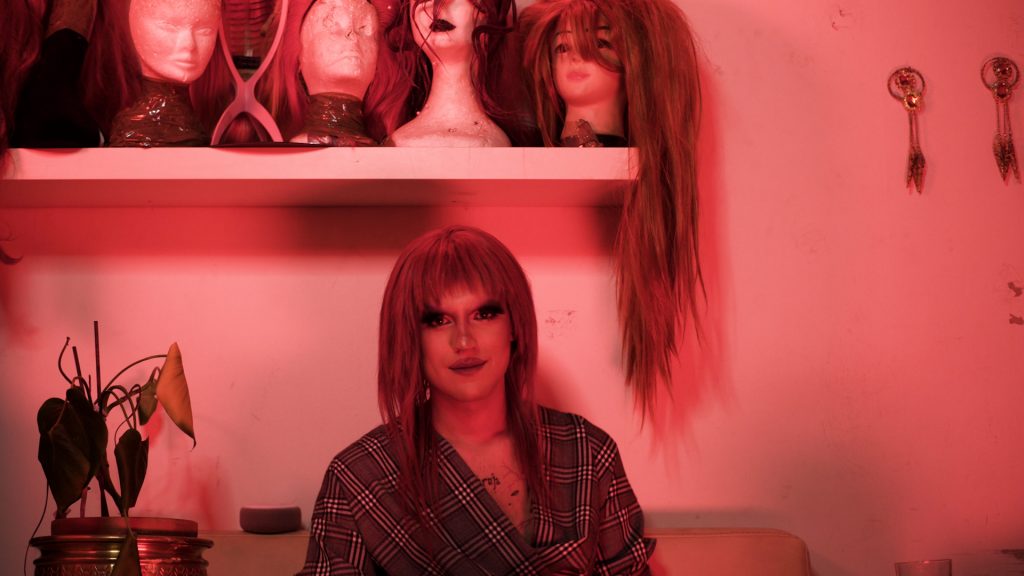 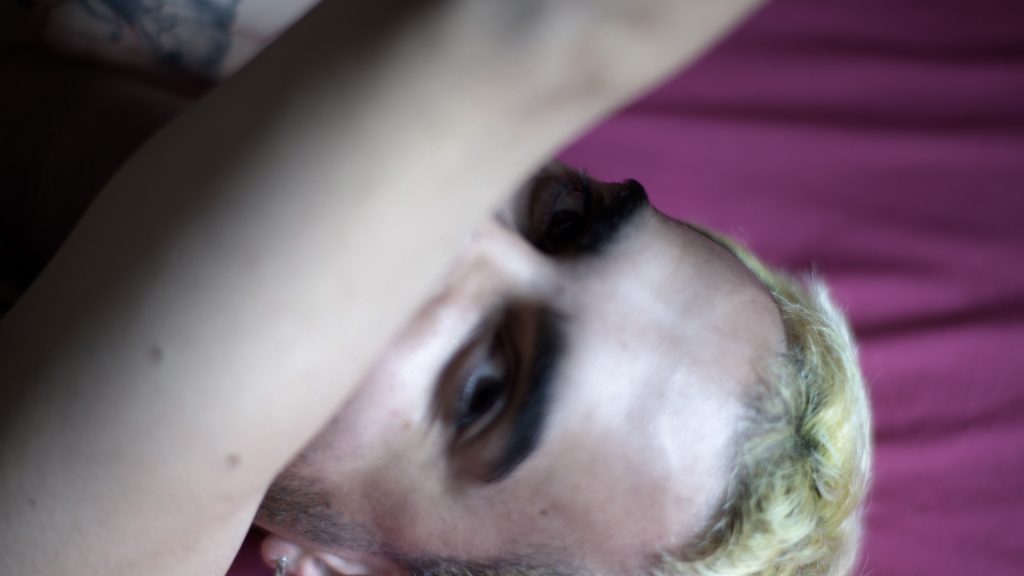 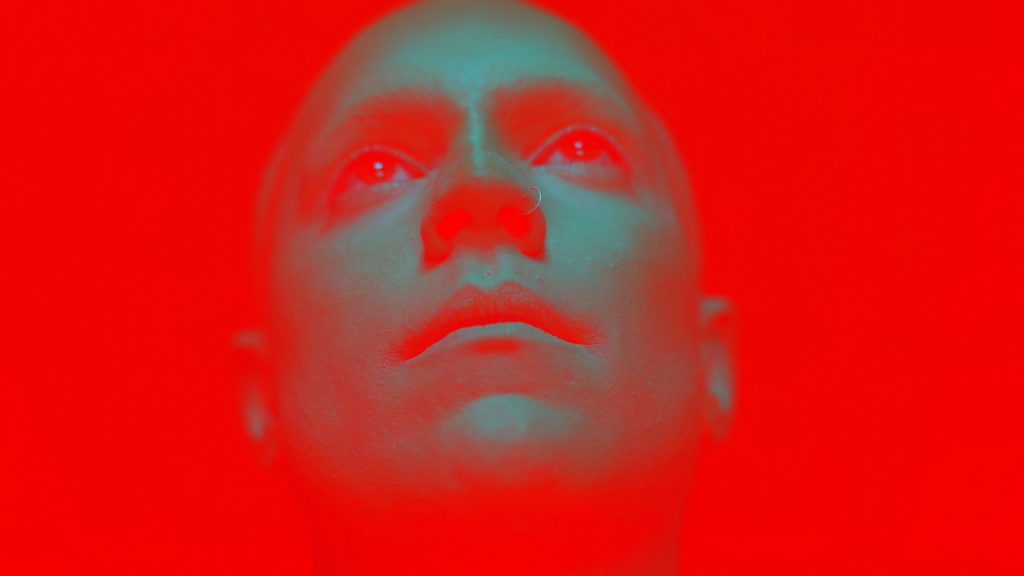 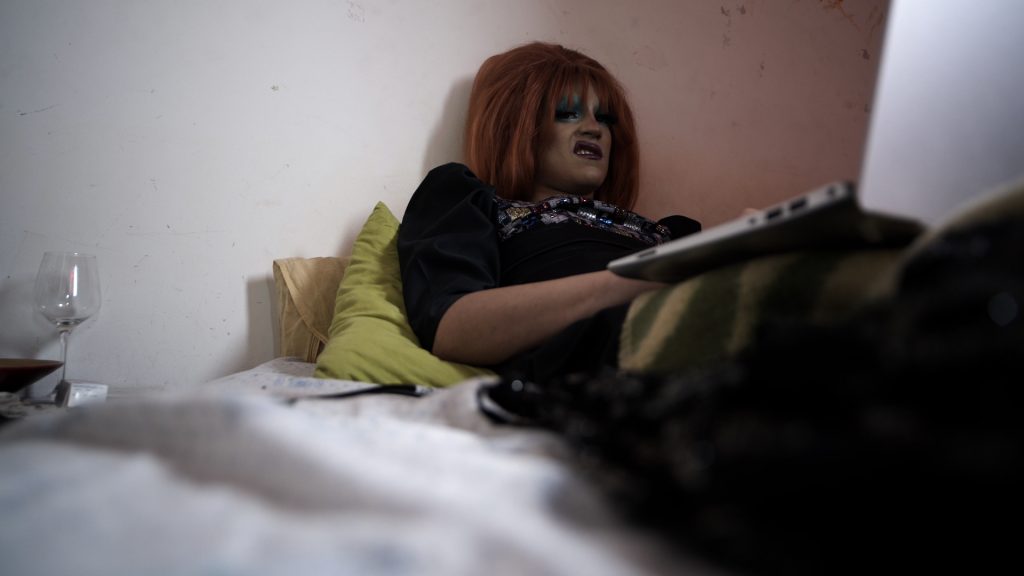 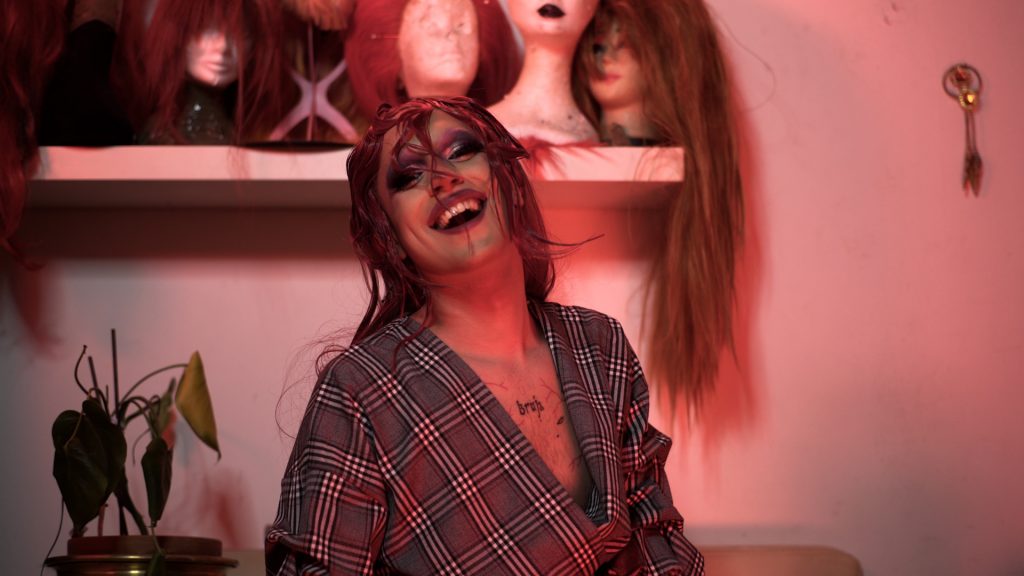 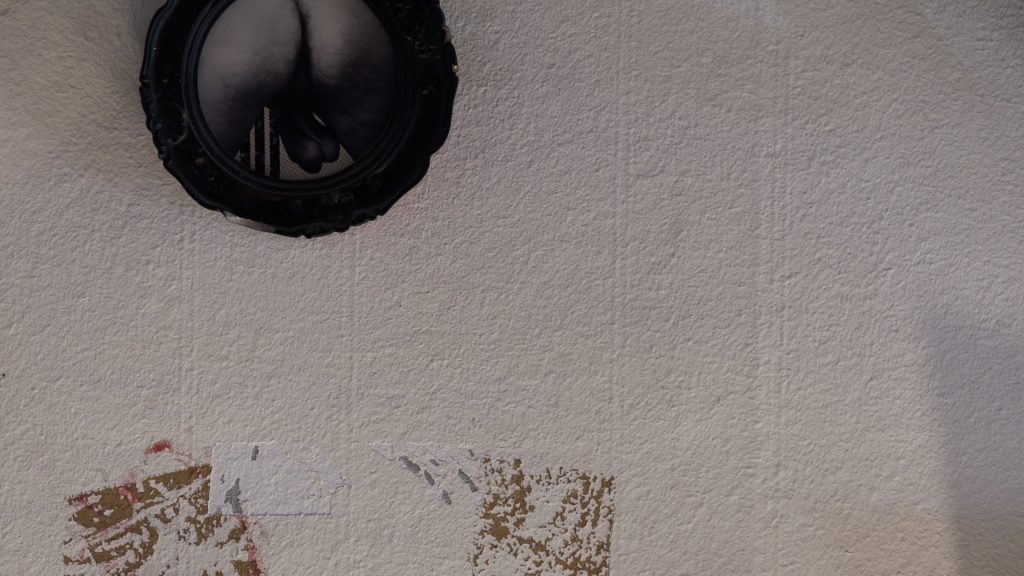